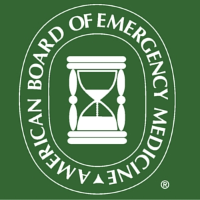 A graduate of Johns Hopkins School of Medicine, Dr. Kenneth “Ken” Mwatha serves as an attending physician in Baltimore. To help remain compliant, Dr. Ken Mwatha maintains membership in and is board-certified by the American Board of Emergency Medicine (ABEM).

Incorporated in 1976, ABEM began in response to an increase in emergency medicine professionals and departments. Since it began, the organization has grown, and now offers graduate training programs and fellowships for its members. ABEM is one of the 24 medical specialty certifications offered by the American Board of Medical Specialties. Today the nonprofit ABEM boasts more than 32,000 members.

In August 2016, ABEM announced that it had chosen Dr. Terry Kowalenko as its president-elect. A member of the ABEM’s board of directors since July 2010, Dr. Kowalenko has served as examiner, chief examiner, and case reviewer for the organization. In his professional life, he serves as professor and chair of emergency medicine at the Beaumont Medical Group and senior vice president of Beaumont Health. Over the years, he has received accolades including a National Teaching Award from the American College of Emergency Physicians and Residency Director of the Year from the Emergency Medicine Residents’ Association.
Posted by Ken Mwatha at 3:35 PM No comments:

Ken Mwatha, MD, earned his BSc. in Zoology and Physiology and graduated from the University of Wyoming in 2000 with high honors. In 2003, after working as a patient advocate and occupational skills teacher in Maryland, he enrolled in the Johns Hopkins University Medical School, from which he earned his medical degree. Dr. Ken Mwatha currently serves as an attending physician in Emergency Medicine, in Baltimore, Maryland.
During his undergraduate years, Dr. Mwatha played rugby as a starting scrum-half on the University of Wyoming’s rugby team, earning Western All-Star honors during the 2000 season. That season saw the Wyoming Men's Rugby team end the season ranked second in the nation. He continued his involvement with rugby after he moved to Maryland, starting in the fullback or scrum-half position for the Baltimore-Chesapeake men’s rugby team. He no longer plays organized rugby, but continues his involvement with the Soccerdome Indoor Soccer Leagues in Laurel, Maryland.
Outside the hospital, Dr. Ken Mwatha enjoys a broad range of hobbies and other interests, including Astronomy, reading, and travel. A member of the American College of Emergency Physicians, he is especially interested in Emergency Ultrasound, Wilderness Medicine, International Medicine and Sports Medicine.