When to Go to the Emergency Room 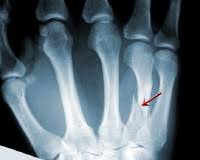 As attending physician in a busy Baltimore hospital’s emergency department, Dr. Kenneth “Ken” Mwatha cares for patients with a variety of life-threatening conditions, including heart attacks and serious trauma. Before establishing himself, Dr. Ken Mwatha underwent his residency in emergency medicine through Johns Hopkins Hospital, one of the most highly ranked hospitals in the world.Patients may be reluctant to go to the emergency room (E.R.) since it costs significantly more than an office visit with their primary care doctor. However, emergency rooms can deliver life-saving interventions for time-sensitive conditions, and therefore patients with serious or alarming symptoms ought not to hesitate to visit their local E.R. One condition that necessitates a visit to the E.R. for immediate care is a heart attack. Symptoms of a heart attack include chest pain, shortness of breath, and a sudden outbreak of sweating. Ignoring these symptoms or delaying treatment can result in serious consequences, including death.Moreover, any symptoms that interrupt or prevent breathing, like those coming as a result of allergic reactions, require immediate medical attention. The same goes for bleeding events such as those caused by deep cuts or internal injuries.
Posted by Ken Mwatha at 10:38 PM

Ken Mwatha, MD, earned his BSc. in Zoology and Physiology and graduated from the University of Wyoming in 2000 with high honors. In 2003, after working as a patient advocate and occupational skills teacher in Maryland, he enrolled in the Johns Hopkins University Medical School, from which he earned his medical degree. Dr. Ken Mwatha currently serves as an attending physician in Emergency Medicine, in Baltimore, Maryland.
During his undergraduate years, Dr. Mwatha played rugby as a starting scrum-half on the University of Wyoming’s rugby team, earning Western All-Star honors during the 2000 season. That season saw the Wyoming Men's Rugby team end the season ranked second in the nation. He continued his involvement with rugby after he moved to Maryland, starting in the fullback or scrum-half position for the Baltimore-Chesapeake men’s rugby team. He no longer plays organized rugby, but continues his involvement with the Soccerdome Indoor Soccer Leagues in Laurel, Maryland.
Outside the hospital, Dr. Ken Mwatha enjoys a broad range of hobbies and other interests, including Astronomy, reading, and travel. A member of the American College of Emergency Physicians, he is especially interested in Emergency Ultrasound, Wilderness Medicine, International Medicine and Sports Medicine.